Russian culture & art is immensely inspiring, beautiful and historical enriching. I find it very disturbing for people committing xenophobic acts in the name of opposing a dictator and his corrupt regime. There is a loss of perspective here which is not helpful to anyone.

There is a lot that actually be done, to awaken the Russian populace against this regime and make them aware that the world would rather have them as a partner than a leader, if they can rise up against this dictator and his regime.

Russia can have far more influence and contribute so much to the future of humanity overall, if they let go of their dictatorial and close culture tendencies. And I think we need to understand and recognize that at some level.

We need to condemn, strongly condemn the acts of Putin against Ukraine but we also have to make sure that we are not making Russian people an enemy. It is a hard balance to strike, but it is an important balance nonetheless. The world would be so much better off with Russia as a friend rather than an enemy, but it can only happen in a Russia without Putin and his ilk. They do Russia an incredible disservice.

I hope one day, we can have a better Russia. A Russia that would use all its positive traits to further the cause of humanity. But this cannot come at the expense of Ukraine. That is important to note. 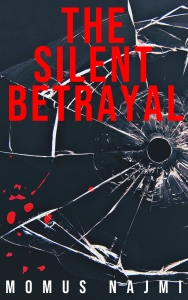